Home » Countryfile Pays a Visit to the Barrage!
Share this page

Countryfile Pays a Visit to the Barrage! 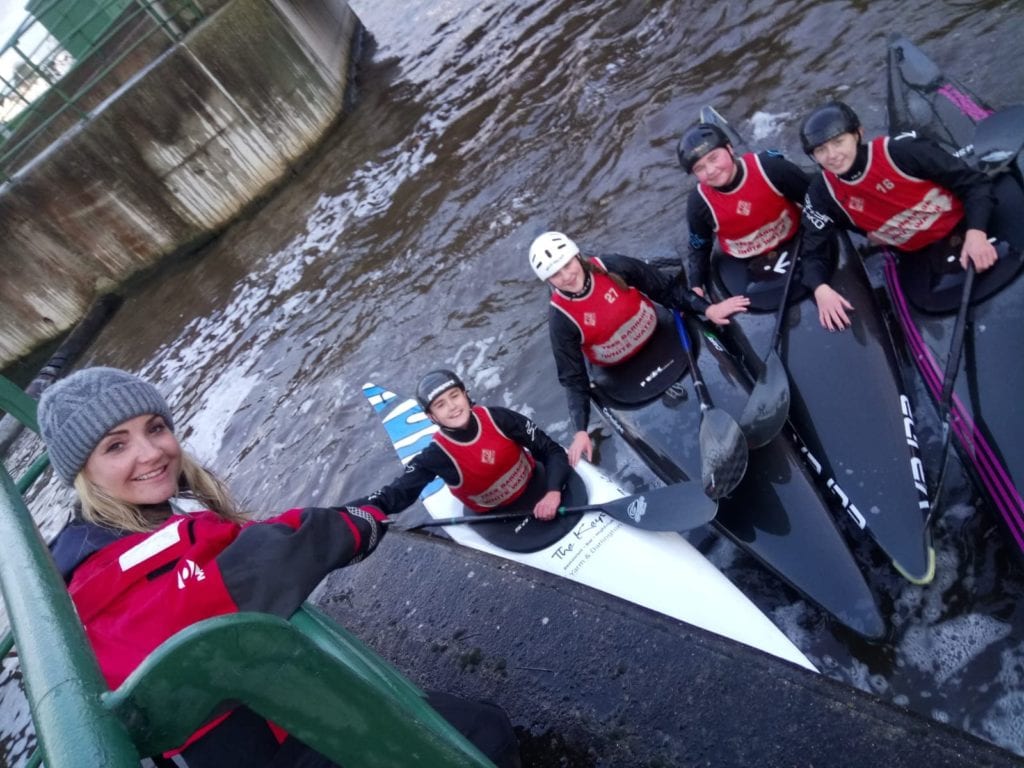 Presenter Helen Skelton watched Tees Active Sports Academy members Cary’s Grey Thompson, Ellie Brown, Eve Ovington and Katie Bainbridge demonstrate their slalom paddling skills on the course, and then interviewed them asking how they first started the sport and the benefits of having a white water course on Teesside.

Helen who has paddled the Amazon River when she was a Blue Peter presenter then joined Tees Active member of staff Kyle Gale in a 2 person kayak and they both negotiated the white water course.

The Barrage has also been used by the popular ITV production of Vera and in July Daremaster a CITV programme was on site to film pupils from St Michaels RC in Billingham joining presenters in a white water raft as they paddled the course.

Chris Gibbens Tees Barrage International White Water Centre manager said, “It was fantastic to work with Helen Skelton and the production crew of Countryfile, the weather was far from perfect, but the Academy paddlers put on a great show for the cameras.”

The piece at the Barrage is due to be broadcast on the Countryfile programme on December 1st! 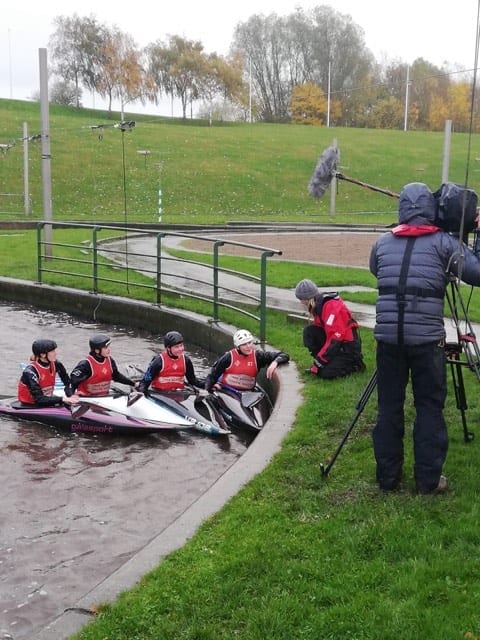 11th November 2019
Back to news
Cookies help us to provide, protect and improve our services. By continuing to use our site, you agree to our privacy policy.