Sir Sam Mendes, the Oscar®-winning director of Skyfall, Spectre and American Beauty, brings his singular vision to a visceral new epic inspired by the experiences of his grandfather and others who served in World War I. 1917 hits cinemas across the UK this Friday (10th January) following a successful evening at the Golden Globes earlier this week where it picked up ‘Best Motion Picture – Drama’ and ‘Best Director – Motion Picture’. 1917 is also nominated for nine BATFAs.

Tees Active Managing Director Leon Jones, explains, “We are thrilled to be part of such an incredible movie with some of the biggest names in film. 1917 is a real Hollywood epic that has given our staff and everyone involved a rare opportunity to experience something extra special. The Tees Valley is home to some excellent filming locations and we are extremely proud to be able to support the UK film industry. We worked closely with our partners at Stockton Borough Council and Canal & River Trust to provide an international standard white water course that is capable of attracting Hollywood blockbusters of this magnitude.” 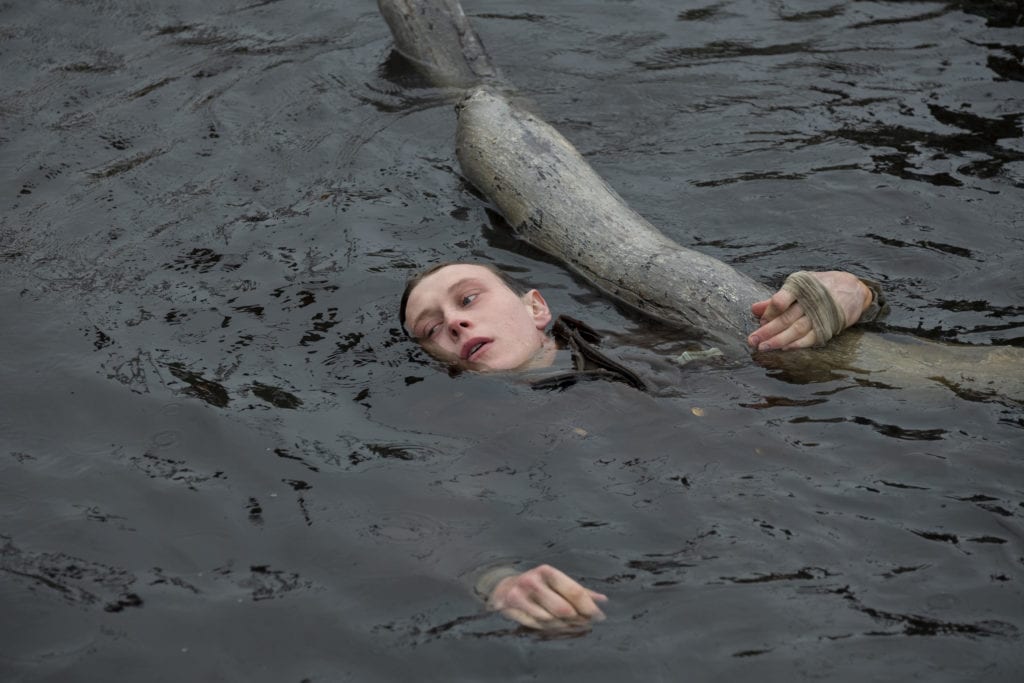 Resident Teessider’s may recall a great deal of speculation and excitement surrounding the water course in June last year and reasons as to why the site was cloaked in mystery.

Tees Barrage Watersports Facility Manager, Chris Gibbens, added, “We worked closely with the location and production teams who chose Tees Barrage above other sites in the UK due to its diversity, expert team and unique ability to simulate extreme water conditions in a controlled environment. It was essential that we could replicate the same water conditions over and over to enable the production team to capture multiple shots, which made it the perfect location to shoot a variety of scenes.”

In a recent interview with Indiewire, Oscar®-winning cinematographer Roger Deakins, known for The Shawshank Redemption, No Country for Old Men and Blade Runner 2049, spoke about filming at Tees Barrage, “We literally built a road out of scaffolding that ran alongside the water flow. This was so that we could use a tracking vehicle to follow George down the course. A 20-foot telescopic Technocrane arm with a three-foot drop down to a Libra remote head holding our camera under slung beneath it, allowed us to boom out over the water. We used a Hydroflex underwater housing to submerge the camera for a short section of the work.”

10th January 2020
Back to news
Cookies help us to provide, protect and improve our services. By continuing to use our site, you agree to our privacy policy.