MTV’s popular reality show follows the lives of a group of young adults in Newcastle upon Tyne. On series 12 the group were filmed taking on white water rafting. 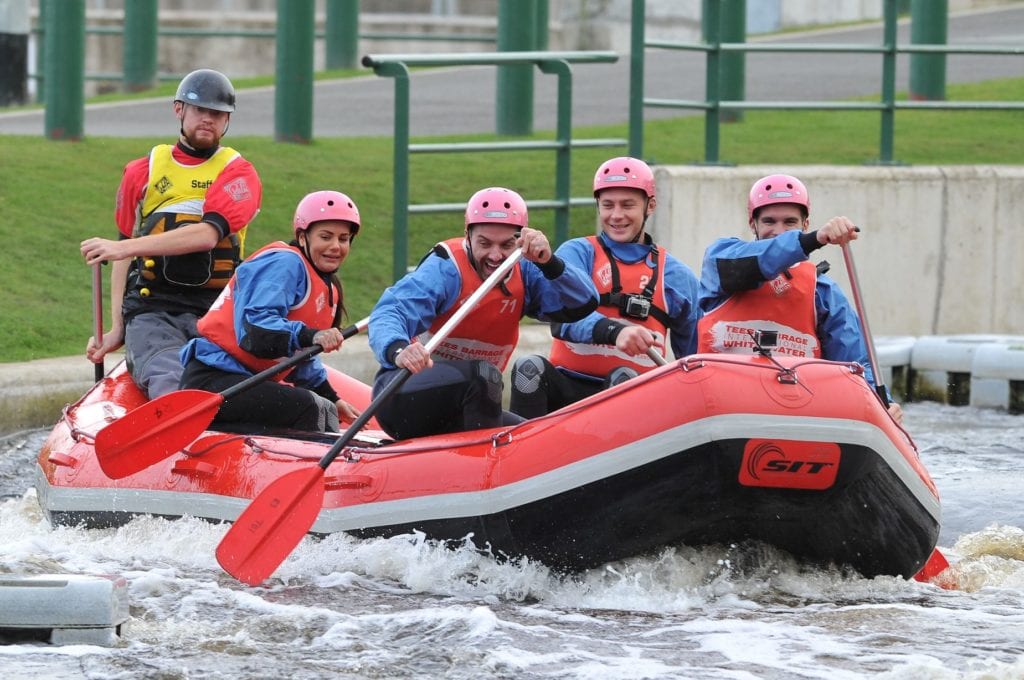 For more information about film production at Tees Barrage please contact enquiries@tbiwwc.com or telephone Chris Gibbens, Centre Manager on 01642 678000 for more details on your exact requirements.

Scroll down to take a look at some of the great productions that we have worked with.

Tees Barrage was used as a filming location for the highly anticipated and two-time Golden Globe winning movie, 1917.

The hit ITV drama used Tees Barrage as a film location for a crime scene in 2019.

Sean Fletcher and Helen Skelton explore the Tees Valley, while Tom Heap looks at whether enough is being done to protect UK farming and food production from flooding.

CITV's Dare Master is a show that sees young dare devils take on a range of adrenaline fuelled activities with white water rafting being top of the list!